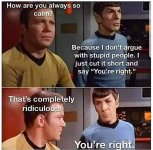 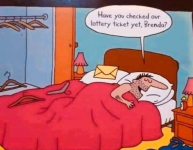 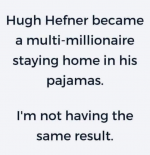 Staff member
Just need to fill your house with girls half your age! 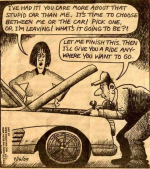 Staff member
A rookie police officer pulled a biker over for speeding and had the following exchange:
• Officer: May I see your driver's license?
• Biker: I don't have one. I had it suspended when I got my 5th DUI.
• Officer: May I see the owner's card for this vehicle?
• Biker: It's not my bike. I stole it.
• Officer: The motorcycle is stolen?
• Biker: That's right. But come to think of it, I think I saw the owner's card in the tool bag when I was putting my gun in there.
Officer: There's a gun in the tool bag?
• Biker: Yes sir. That's where I put it after I shot and killed the dude who owns this bike and stuffed his dope in the saddle bags.
• Officer: There's drugs in the saddle bags too?!?!?
• Biker: Yes, sir. Hearing this, the rookie immediately called his captain. The biker was quickly surrounded by police, and the captain approached the biker to handle the tense situation:
• Captain: Sir, can I see your license?
• Biker: Sure. Here it is. It was valid.
• Captain: Who's motorcycle is this?
• Biker: It's mine, officer. Here's the registration.
• Captain: Could you slowly open your tool bag so I can see if there's a gun in it?
• Biker: Yes, sir, but there's no gun in it. Sure enough, there was nothing in the tool bag.
• Captain: Would you mind opening your saddle bags? I was told you said there's drugs in them.
• Biker: No problem. The saddle bags were opened; no drugs.
• Captain: I don't understand it. The officer who stopped you said you told him you didn't have a license, stole this motorcycle, had a gun in the tool bag, and that there were drugs in the saddle bags.
• Biker: Yeah, I'll bet he told you I was speeding, too. 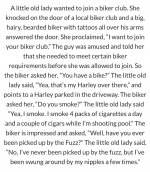 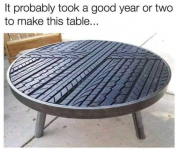 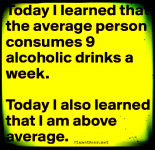 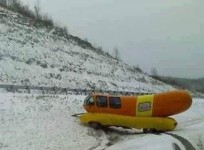 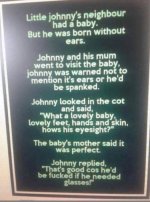 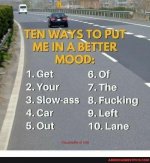 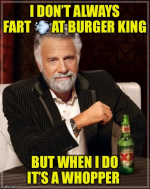 Staff member
Frying Eggs
A wife was making a breakfast of fried eggs for her husband. Suddenly her husband burst into the kitchen.
"Careful ... CAREFUL! Put in some more butter! Oh my GOD! You're cooking too many at once. TOO MANY! Turn them! TURN THEM NOW! We need more butter. Oh my GOD! WHERE are we going to get MORE BUTTER? They're going to STICK! Careful ... CAREFUL! I said be CAREFUL! You NEVER listen to me when you're cooking! Never! Turn them! Hurry up! Are you CRAZY? Have you LOST your mind? Don't forget to salt them. You know you always forget to salt them. Use the salt. USE THE SALT! THE SALT!"
The wife stared at him. "What the hell is wrong with you? You think I don't know how to fry a couple of eggs?"
The husband calmly replied, "I wanted to show you what it feels like when I'm driving!"
Happy Wednesday

Staff member
A guy goes out golfing, and he gets paired up with somebody he doesn't know. The second guy misses a putt on the first green, and he says, "Aw, dammit... Larry Jones would've made that putt!"

The next hole is a tee shot over water, and the second guy puts his ball in the drink. Again, he says, "Damn! Larry Jones would have made that shot!"

First guy says, "This Larry Jones guy, he must be a hell of a golfer."

Second guy says, "Oh, you don't know the half of it! Not only was he a scratch golfer, but he was a gourmet cook, a fantastic dancer, he had a beautiful singing voice, he was tall and good-looking, and God, was he great in the sack!"

"No, I never met the son of a bitch. But I married his widow!" 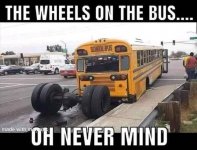 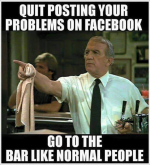