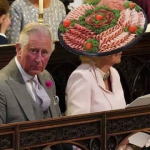 Or the police would pay close attention to you if they found that in the trunk of your car, or worse yet, in the back of your van with an old mattress, rubber gloves and a balaclava.

My wife was wondering what to wear to a costume party,
"Why not go as a sexy schoolgirl?" I suggested
"No, I couldn't do that, " she laughed.

Three housewives are discussing over coffee, just how cheap their husbands are with the money.
They come up with a plan.

Every Sunday, the three husbands go golfing together. Usually the men go by themselves, but this time the wives insisted on playing.

The Swede's wife steps up to the tee and, as she bends over to place her ball, and a gust of wind blows her skirt up, and reveals her lack of underwear.

'Good God, woman! Why aren't you wearing any skivvies?', Ole demanded.
'Well' she said, 'you don't give me enough housekeeping money to afford any.'

The Swede immediately reaches into his pocket and says, 'For the sake of decency, here's $50. Go and buy yourself some underwear'

Next, the Irishman's wife bends over to set her ball on the tee. Her skirt also blows up to show that she, too, is wearing no undies.
'Blessed Virgin Mary, woman! You've no knickers on!'
She replies, 'I can't afford any, on the little money you give me.'

Patrick reaches into his pocket and says, 'For the sake of decency, here's $20, buy yourself some underwear!'

Lastly, the Scotsman's wife bends over to set her ball on the tee. The wind also takes her skirt up over her head to reveal that she, too, is naked under it.
'Sweet mudder of Jaysus, Aggie! Where ta friggin hell are yer drawers?'
She too explains,'You dinna give me enough money ta be able ta affarrd any.'

The Scotsman reaches into his pocket and says, 'Well, fer the love 'o decency women, here's a comb.... least tidy yerself up a bit.'

"This film has swearing, violence, torture, but no nudity or sex in it, " said my wife,

Thanks for the warning.. 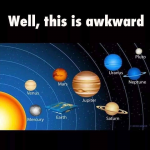