Recall a previous Walmart score of #1 to 6 in a series : 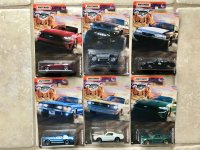 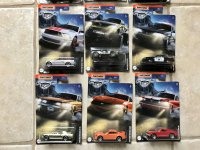 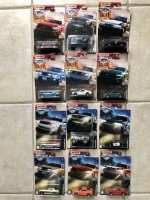 Then I went to the grocery store. lol

Passed on this a few times, but it was the last one, so what the heck. Nice color.

Staff member
you guys have some wicked cool collections,
but I must point out your addiction is as bad as Crack
Keep them coming I love seeing this stuff.

In fairness, I got the Caprice for a friend of mine, his Dad had one that we took out for a joyride around East Saint John one midnight when we were 15, thats another story, but we got away with it (lol).

Much like the Honda Civics I posted previously, my brother also had a Datsun 510, only his was orange, but close enough. 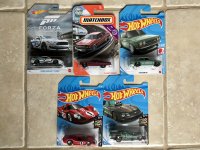 Picked up this one at Walmart last week 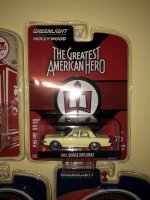 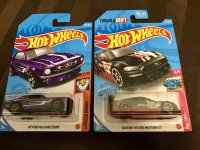 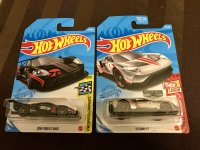 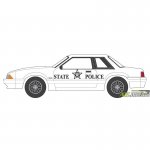 Still waiting as Pandemic has delayed everything 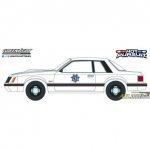 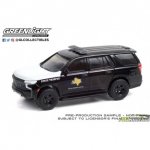 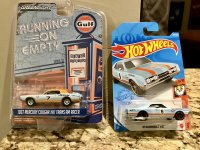 New additions to the Gulf collection.

Running On Empty must be a new issue from Greenlight, Walmart must have just stocked them , because I could have picked up all six in the series, had I been so inclined.

Apparently I was so inclined, lol, I went back today and picked up the rest of the Running On Empty set.

Got a nice surprise when I discovered there was one 1954 F-100 that was a Green Machine, almost missed it because there was another, normal one on the rack, then I saw the green wheels.

Figured I had four out of the six, so might as well get the Chevy's too and close it out. 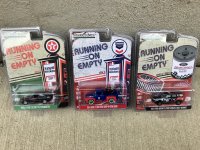 I hate to break it to you Mike, ‘cause it might cause you to search and spend more.

But, Running on empty has been around for at least a few years.
I picked up some pieces a couple years ago and seen them on and off since.
There’s several series of them.

I have a 56 F100 tow truck but in Texaco livery instead of Chevron.

I also have the 67 Cougar and 95 Escort Cosworth but both in STP livery as opposed to your Gulf and Texaco respectively.

Same or similar cars put out in different Running on empty series with different liveries. 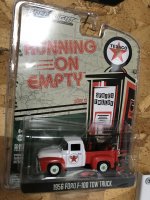 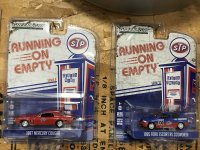 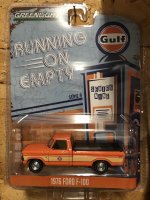 I knew Running On Empty had been around for years, that didn't come out right, I meant that Series 13 must have been a new issue.

There should be Series 5 of Vintage Ad Cars coming soon as well, I'm looking for that as well.

I read that wrong!

At Walmart for dog treats yesterday.
Found this during small detour.

Been a while, couple of interesting finds at the local Walmart. 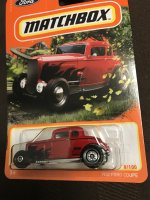 Normally I'm not too interested in 50's diecast cars, but the lines on the Buick were really cool, so for $1, I scooped it. 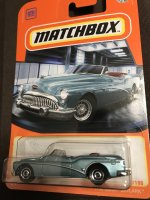 Same with the Soobie, I remember the SVX back in the 90's, it was only around for 5 years or so, and wasn't a wild seller.

Kind of reminds me a bit of the Probe. 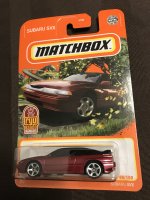 Went to the Dollar Store yesterday for something else, and found a couple of BOSS 302's, no interiors, but what do you want for $1. lol 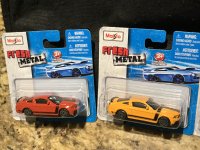 Couple of others from last week I forgot to post......always liked the Holden Ute from Australia, so again, for a $1 I grabbed it. 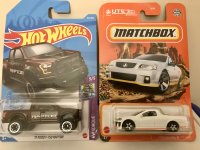 Pretty good score at Walmart yesterday, must have hit it right after the racks were re-stocked. 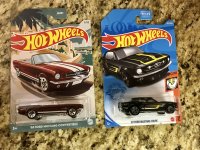 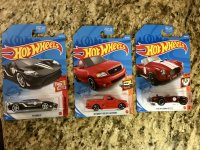 Even scooped a couple of Chevy's, the '55 Bel Air was pretty sweet, and I like that era of Camaro. 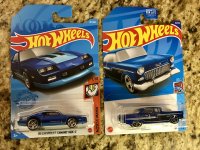 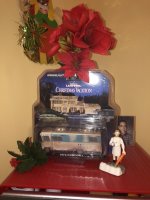