Yeppers. Enjoying the games actually. Did not expect a win in Buffalo so that was good. Goalies are keeping them in reach each time. Seeing a lot of effort from everyone in the group. Marty is a good, well respected coach. That makes a big difference in keeping the team in sync. Blues tomorrow. 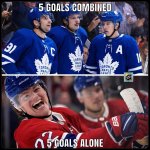 How about them Bruins Marc ?

Yes, they’re doing quite well.
Krejci being back is a good thing.
And now Marchand is back.

Montreal played a good one tonight, beating the Blues 7-4.
They came back from being down 1-3. 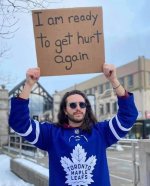 Pain is starting early for Leafs this yearr lol.

Staff member
NHL rolling into Nov. with only 2 teams not to have played 10 games
St Louis and Calgary. So we are at our first measuring stick point, yet still early.

Habs, 21st which according to pundits would be fighting for 32nd in league.
I am happy with there play and future looks bright.

Leafs 17th in league, with same pundits saying they would be fighting #1 all season
Future maybe not so bright and they are in tight with cap and players, Be fun to watch this.

Ottawa started hot, but still good team with lots of young folks and now for sale
I think most saw this coming. Will have decent year, not there yet

Calgary, not as good as folks though, but I think they will be fine.

Edmonton, well MacDavid just keeps getting better and they should be fun to watch all year.

Vancouver is in trouble and before year is over they will go into rebuild no one wants ot talk about
and with complete new management.

Surprises, Buffalo might finally have it figured out, be fun to see where that goes.

My hated rivals the bruins are the top of the class, I think most thought they could
have another run with returning cast, but quite sure no expected this, how good are they?

Lets check back at 20-25 game mark, a more telling point to see where these teams are then?
By then some will be happy, some not so much and others in full panic mode LOL

Saw this a few minutes ago 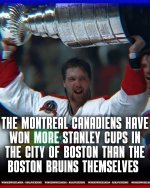