Staff member
Might be on life support, but still fighting, folks can say what they want,
but getting to finals and putting up a great fight is very cool.

I agree the changes worked, little more hitting and speed.
Many experts saying Tampa took it to them, but Montreal
let the game come to them, even under pressure they never looked
like they were panicking. they just played defence and waited for opportunities.

Staff member
Congrats to the Montreal Canadians.
Going on the run they did was impressive.
In the end they could not beat a a very good team,
Bad reffing and just about everything stacked against them.

Far better team than most thought, with some bright young stars
to look forward to.

Staff member
Tampa has learned that Kucherov is a great hockey player, but should not be aloud near a microphone
class is not something you can give someone.

Tampa is also honoring the refs, but including them in the parade and having names
put on the cup for their part of Tampas success.

Tampa joked will be hard to keep team together, which was funny
when your 18 million over the cap, seems like an abvious statement
but they did each others how to do it, so could be interesting to watch future.

Sportsnet announcers and experts are going to based out of florida in the future,
makes sense thought it was local broadcast last night
Never would have beleived it was a Canadian National broadcaster.

Credit to the NHL for having everyone so terrified of thier jobs, no one says
anything bad, only took Bettmen 20 years to achieve this.

All jokes aside, was a great run and I think Montreal's future looks bright,

Oh and now that season is over, Leafs fans can now start planning next years parade
the yearly rituals are always fun 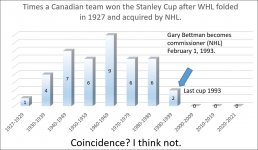 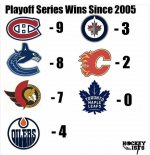 Staff member
2021 season is over, expansion draft done, entry draft done,
free agency now down to dull roar, what do you think of what teams did?
I am sure more to happen before season starts, but did your team improve, get worse
or stay the same? early but how do you see next year playing out? 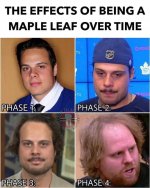