I heard that there is a dealer in Halifax area that has something like 7 Raptors in stock. You see them Trevor?

I heard that there is a dealer in Halifax area that has something like 7 Raptors in stock. You see them Trevor?
Click to expand...

Mcphee is only one to sell from new in Maritimes as far as I know.
I know they have some in stock, not sure the total.

Staff member
Ahh ok. I did not know it was treated like a Shelby.

2001BlackGTvert said:
Ahh ok. I did not know it was treated like a Shelby.
Click to expand...

A few of the Ford performance vehicles are sold at all dealerships.
but some of the specialty stuff, the dealers have to pay extra to be dealer for products.
Same as Roush, Fairly & Stevens here had it, not sure if they still do or not.
MacPhee Ford did not. Macphee Ford is the only Ford Performance Dealer in the maritimes.

They also get perks, like the only Steve McQueen Edition bullitt went to MacPhee's
The 50th anniversary special Addition Mustang, which only a few came to Canada.
MacPhee got, The owner took that, turned out to be not so special. Over priced for nothing more than badging.
Every dealer got 1 Focus RS, MacPhee got a bunch, etc, etc.
They all could sell the Bullitt.

They used to be called SVT dealers, but Now Ford has made it global,
So called Ford Performance, even that had its issues.
As some Dealers at spent upwards of 50k building special showrooms and
signage with SVT badging the year before the switch, Ford ended up giving them a 5 year grace period to switch.
Keep the Peace, bit money involved to have the rights to sell this stuff.

I know MacPhee recently looked at Roush and said no because they had to spend 100k in parts.
Hmmm maybe should be saying this in Members only area lol, not sure this public lol.

Hopefully that gives a little insight as to how some of it works.
Even with that lots I don't know,
Last edited: Mar 7, 2020

Staff member
Interesting Trevor. Thanks for sharing the insight.

Staff member
Stole this from Max's facebook page hmmmm wonder if it's real.

Staff member
I heard it is real. But who knows. Lol. Definitely YJ,ish. What you think?

Staff member
Ford off road, bronco R
race prototype , I would take one of these

Staff member
I like it, would want a hard top, and Aliona likes it, she wants full size and the aggressive version.
I suspect they will have several models from tame to quite agreesive.

Staff member
bit of a write up, for those who wish to know.
2021 Ford Bronco: Everything We Know - Motor1.comwww.motor1.com › Ford › Bronco › News › Rumors

G6 forum removed info at the request of Ford, interesting.

Ya, looks like a Jeep. Maybe they could call it the “Bleep”

Staff member
Big one is released sometime in March
baby bronco sometime early april.
yet small one will be available first.

I Like the big one, depending on options and pricing I would consider this as next vehicle for Aliona.

Baby one looks a bit like her range rover, but not a big fan so far. we will see.

Staff member
Looks an awful lot like a Jeep.

Well no surprise in todays world of no imagination.
I know its aimed at the Jeep market.
we will see when released how much it looks like it
and if it works better.

Staff member
Not a fan. Went back through the thread and Dave posted the rendering way back when it was just a thought. That looked much better in my opinion. Wait to see it in person and I agree with the Jeep
comments

Staff member
this article says Ford is releasing new Bronco March 17th
Unless they decide to wait, something to talk about very soon. 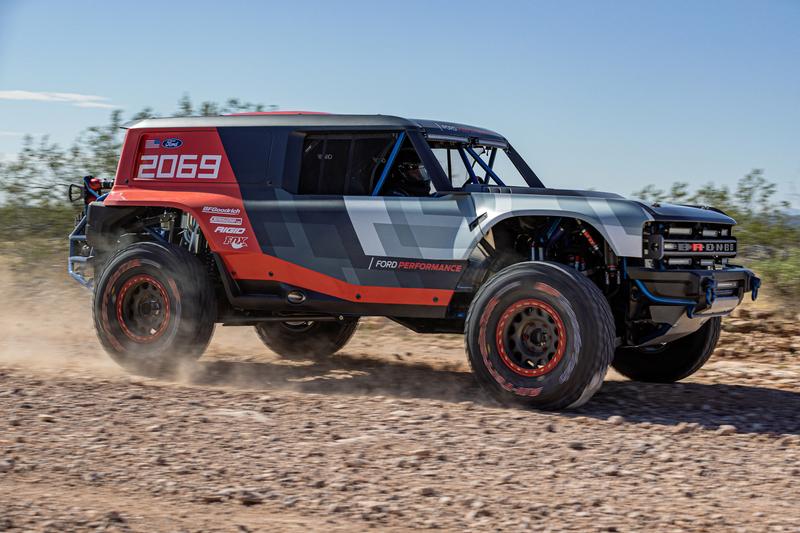 Nearly 55 years after the debut of the original Ford Bronco — and 24 years after the demise of the last one — Ford Motor Co. <F.N> is dusting off one of its treasured nameplates this spring in hopes of reviving a decades-old rivalry with Fiat Chrysler Automobile’s <FCHA.MI...

Staff member
Aliona and I both like look.
Depending on options and the real look when released,
this could be our new DD
bit bigger for the pup too