Staff member
A few bailed who were originally going to come, not sure if it was getting out of bed
or the sketchy weather, went from 7 to 4. 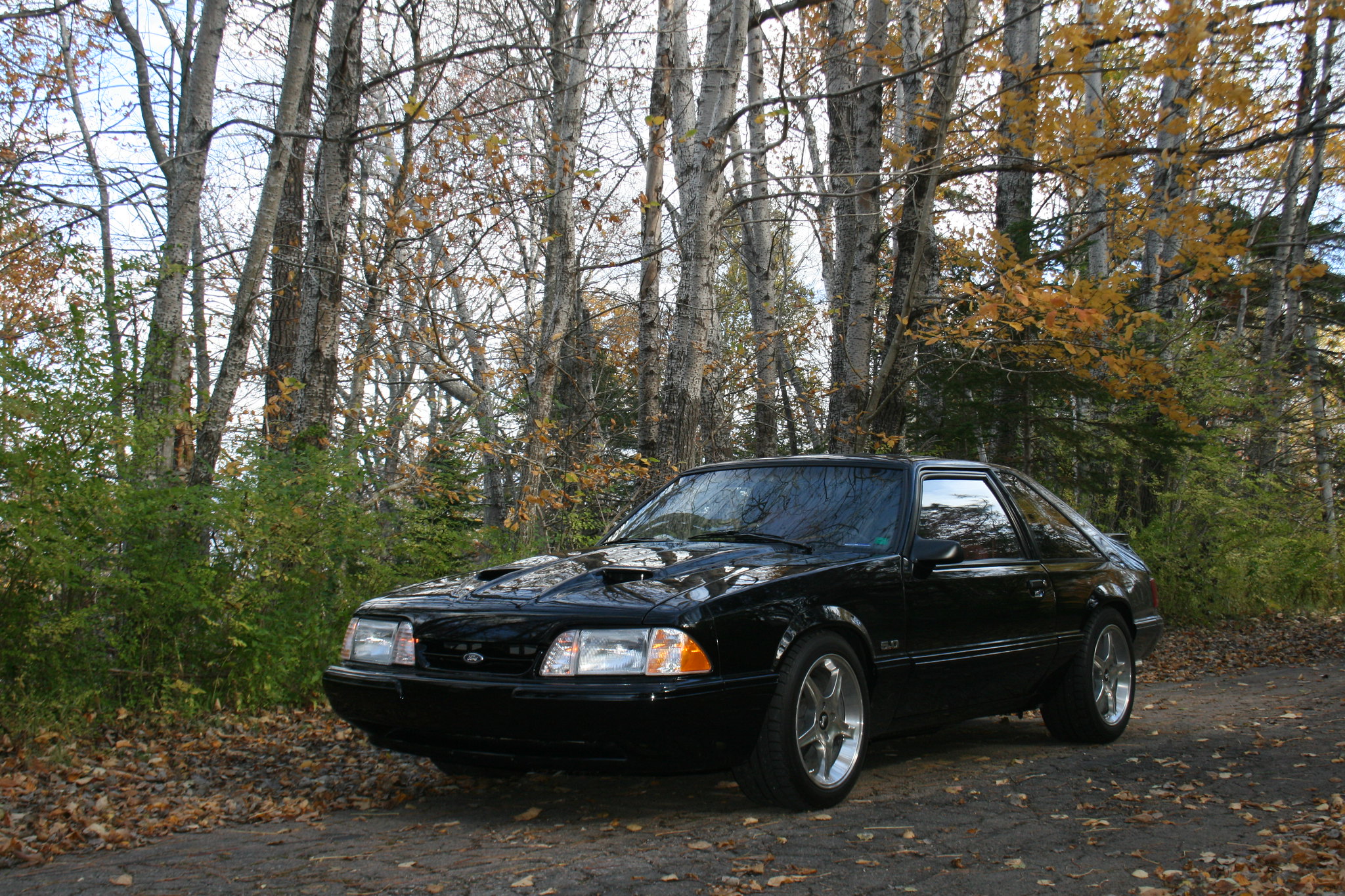 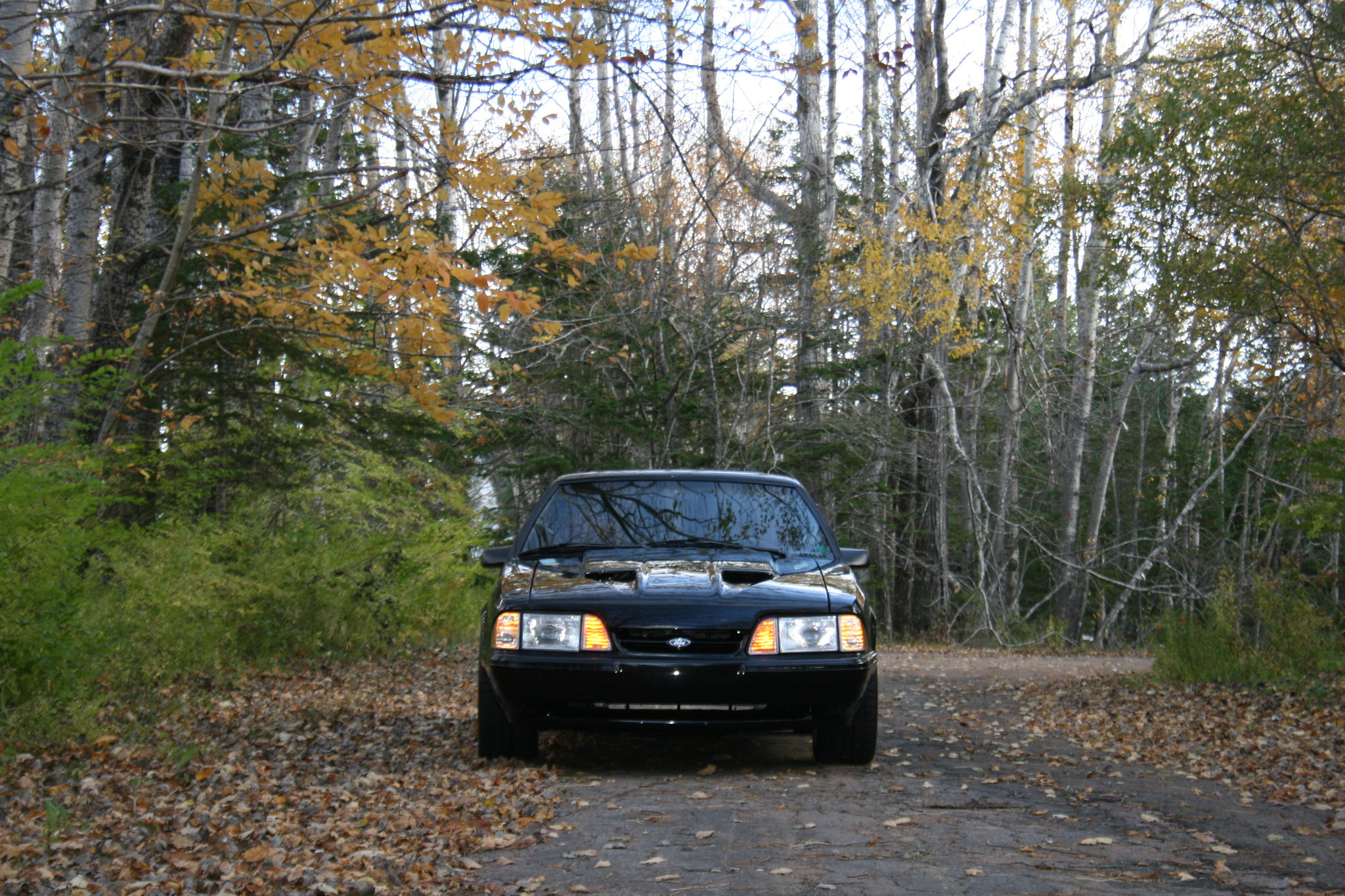 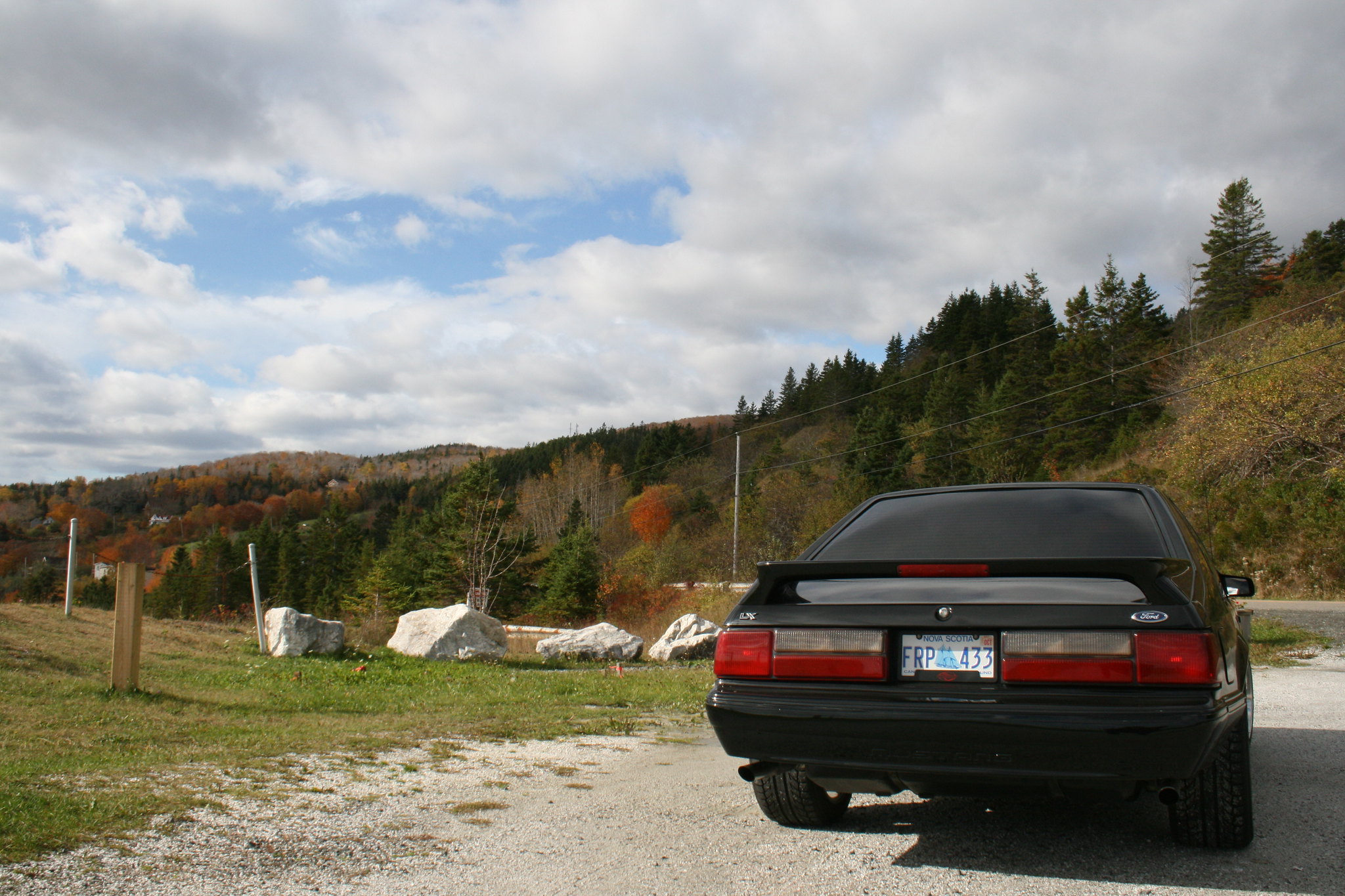 Took mine out for a spin up Marble Mountain yesterday.

Staff member
I was hoping to get another run in, but weather is not looking good and road workers are back.
what a mess, they are now widening road for bike lanes,
or wider for fast Mustangs
all in how you look at it LOL.

Staff member
Mine is on the road until Friday and then that will be all she wrote until spring.

Staff member
Mine has been under it's cover for 2 weeks. Will most likely get tucked away this weekend.

Ohtobbad;n9690 said:
next week is going to be nicer than this week
Click to expand...

Next week is worse for me. Work Saturday to Wednesday and then head to Moncton on Friday for the weekend.

Mine is getting put away this Saturday Morning. Next year I think I'll put it away mid October.

Staff member
No seasonal plates on my new car -- i can keep driving it for a few more weeks, as long as I can stand the cold without a heater core

At least with all the Power under the hood and Long Tube Headers , your feet should keep warm.

Staff member
I run my plate and insurance all year, so I can drive it when its fit to do so.
So hoping for a spin or 2 more if if short ones.

Staff member
Nice surprise today, My son showed up from out west.
He's changed a far bit, good stuff for me

I went for one last cruise a week or so back.

Took an 87 year old friend out for her first, and likely her last ride in a Cobra. She has terminal cancer. A couple weeks back, friends and family arranged for her first skydive. When the instructor she was to jump tandem with, was trying to fit the harness to her, he apologized, saying it would not fit her thin frame safely. He was worried that when the shoot popped opened she could slip out of it. I felt really bad for her about that.
[FONT=Verdana, Arial, Tahoma, Calibri, Geneva, sans-serif]She told me that she had never had a drivers license, or driven a car, and that was another thing on her bucket list. I couldn't chance her driving the Cobra, but asked if she would like to go for a spin in a race car, and she was thrilled.

I picked her up on one of the last sunny days we've had recently. Strapping her in to the 5 point harness, I could see why the skydive instructor would be concerned. She was always been just a little thing, maybe 5'2" and 100 lbs, but with her illness, her appetite has been poor, so she's even smaller. We cruised some back country roads, and then a run down along the seashore, on our coastal highway. I gave the Cobra a some throttle a couple of times, and she smiled like crazy.
​After returning her home, she thanked me, and gave me a big hug, and said that will make for a great memory..Her Son told me a few days later, she can't stop talking about the ride..[/FONT]

After that run, I topped up the tank. added some fuel stabilizer, and put the snake to bed for the winter. Hoping for an early spring..

Staff member
That is great news Trevor. Hope you guys get to spent some quality time together. Enjoy!

Staff member
Sorry to hear about your friend. Very happy for you that you were able to put a smile on her face and give her some great memories.

Good for you Bill, that was a great thing to do for the ole girl!